Books about the Italian artillery of WWII are rare, even in Italian. This one in English is extremely welcome, but may slightly disappoint students of Operation Ladbroke and the fall of the Piazzaforte Augusta-Siracusa (PA-S). 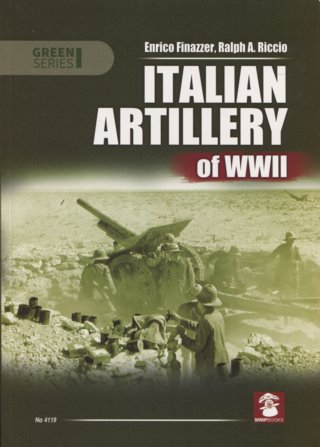 Three years ago, ‘Le Artigliere del Regio Esercito nella Seconda Mondiale’ by Enrico Finazzer was published in Italy. Serious students of the invasion of Sicily, starved of decent sources about Italian artillery, rushed to buy it. In it they found many of the guns used by the Italian forces in Sicily, but, disappointingly, not the two main guns used by the Milmart, the ‘Black Shirt’ Fascist militia that manned the coastal gun batteries – the 76/40 and the 102/35. These guns feature heavily in the story of the PA-S (see this post).

Thinking that this new book in English might rectify the problem, those same serious students may rush to buy it as well. They will be amply rewarded if they do, but not as regards those two Milmart guns, which are still missing. This is not surprising, as the current book is based on Finazzer’s original, although much improved. The book’s co-author, Ralph Riccio, seems to have contributed greatly to this, not least because he was channelling the spirit of Nicola Pignato. Pignato was the doyen of military historians of the Italian Army, and especially of its hardware, such as tanks. Sadly, he died in 2010. In addition to the personal loss, this is a great loss to historians, as he was probably the leading expert in his field. In particular, he was working with Riccio on an unfinished book about Italian artillery. Did this lost book give details of the two missing Milmart guns?

It is perhaps unreasonable to expect Milmart or Navy coastal guns to have appeared in Finazzer’s original book: the title said it dealt with guns of the ‘Regio Esercito’, i.e. Army, a distinction which some buyers might have missed. In the new English edition the rationale for excluding guns like the 76/40 is explained: ” … older pieces or war booty guns and howitzers were assigned to static or coastal artillery duties … and are not within the scope of this book”. That said, the book does list many older and war booty types, as well as self-propelled guns, artillery tractors, German guns, and of course the standard newer WW2 army guns. There are 48 entries in the Contents page.

Nevertheless, some of the guns in the book were involved in the Allied invasion of Sicily, Operation Ladbroke and the defence of the PA-S in July 1943, including:

The possibility of the latter’s presence in Sicily is confined to a footnote, but is known to be definite from photographs in the IWM.

Finazzer’s original book was welcome. Compared to some older books which may have covered more types, but with only sketchy information, his book went into detail about the guns. The current reworking of the original is even more welcome. A comparative sampling of a few guns shows that the text has been very usefully expanded, and there are now numerous line drawings. The book is twice the size of its Italian predecessor. There are new photographs, and the new format allows them to be printed larger. Finally, the book is in well-written English. It is a must-have for students of artillery or the Italian Army, and for anybody seriously interested in the Allied invasion of Sicily.

Buy the book from the publisher

For a very detailed study of Italian AA guns in WW2, such as the 76/40 and 102/35, see issue 18 of the dossiers issued every two months by Storia Militare magazine: “L’Artiglieria Controaerei Italiana sino al 1943” by Filippo Cappellano. Italian language only.