The Story of Glider 29 – A Tough Nut to Crack

Unlike most of the glider troops in Operation Ladbroke, the men in Glider 29 reached their objective and attacked it.

Glider 29 hopped over trees and an irrigation channel and flopped into a tomato crop.

Unlike Horsas, Wacos could not carry a whole platoon, so the platoons were split into two. One, like Glider 29, carried half the platoon under an NCO, while the other glider carried the platoon’s officer, 11 ORs (other ranks) and a handcart.

Wacos normally had places for 13 men besides the glider pilots. They were seated on 4 plywood benches and a jump seat at the rear. The shortage of tug planes led to an extra 3 men being crammed in. This was achieved by seating 2 men where the 2 benches on each side joined, with a third man on a second jump seat.

“After rather a bumpy tow and intercomn going u/s, glider released at 2226 hrs at 2200 ft four miles off coast. Glider landed on land approx 300 yds to right of correct landing lane.” 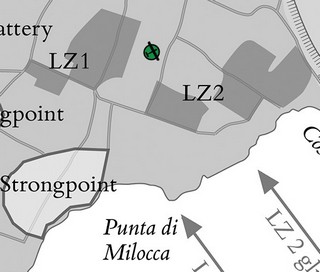 The mention of a landing lane highlights one of the night’s greatest planning absurdities. The gliders were expected to land in lanes, one behind each other, nose to tail. Given that only 5 out of 142 actually landed intact in the LZs at all, this was clearly impossible. Even by daylight in ideal conditions it would probably have been impossible. 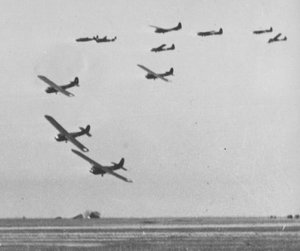 Landing in lanes – Wacos in training in the USA

The prescribed landing lane for Glider 29 was the right hand one, out of 4 lanes. If the pilot was correct about being 300 yards to the right, then Lane 4 was the east edge of LZ 1, running south to north. This means pilots were expected to make a low level right turn to align themselves for landing. In a dark night full of other descending gliders, this would have added complication and risk. Perhaps the pilot was wrong, and Lane 4 was the north edge, and he landed left of, and short of it.

The glider was examined after the battle, and it was evident the glider had stalled in the air and pancaked hard:

“This glider landed in a small tomato patch bordered by a 3 foot stone wall fence and 30 feet trees. It stalled onto the ground from considerable altitude, causing left struts to buckle and right aileron to break from its hinges. Eight troops went through their plywood seats. Indications are that it was an extremely safe landing and no one was hurt. Stopped 20 feet from where it first contacted ground, or approximately one-half fuselage length. Indications are that it encountered rifle fire while in flight.”

Other reports mention that the glider had also hit power lines and that the bottom of the nose was “gone”. 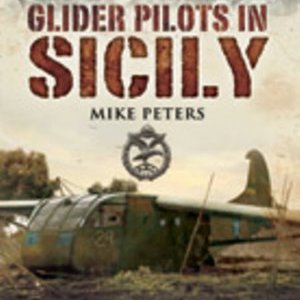 Glider 29 in a colourised B&W photo

The glider presumably stalled because the pilot saw the white of the concrete irrigation channel (not a wall) gleaming in the light of the quarter moon, and also the dark of the trees, and decided to rise over them. This cost him whatever was left of his speed, and the glider fell straight down. It seems remarkable that 8 men should have burst through their seats and not been injured by splintering plywood.

A note on camouflage: the cover of Mike Peters’ excellent book about Operations Ladbroke and Fustian, “Glider Pilots in Sicily”, shows a colourised photo of a Waco painted in two colours, green and brown. The glider is none other than Glider 29 itself. There are no colour photos of the Ladbroke Wacos, but even in black and white different colours almost always show as different tones of gray. There is no evidence for a two-tone paint scheme on Waco gliders in Sicily, which were probably painted a single colour green.

Tom Wilson’s log book entry for Operation Ladbroke, plus a photo of some his glider pilot memorabilia, can be seen [here].

“4 to 5 SLs [searchlights] in landing vicinity. Light guns on coast green and red tracers, Syracuse was being bombed.
Hit Rel Point?: Yes
Time of Release: 2226
Altitude: 1800
Vary from Course: No

Davis flew in at 200 feet over the water going up to 1800 feet where he released the glider at 2225 hours. Could observe his glider for a while after release and the glider seemed to be doing alright. Did not see convoy.”

The mention of a convoy refers to Allied invasion shipping, which was approaching the south-east shores of Sicily even as the glider streams flew up the coast towards Syracuse. The ships bristled with anti-aircraft guns and the slow-flying tugs were low in the sky. If the ships had opened fire, it would have been a massacre. Luckily, careful routing and insistent advance warning ensured that no airborne forces aircraft were lost to friendly fire that night. It was a different story on subsequent nights, in Operations Fustian and Husky 2, when many aircraft were shot down by their own side. 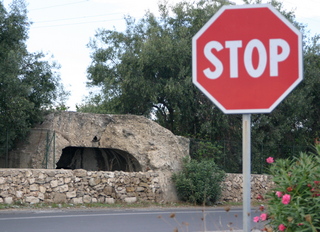 One of Bilston’s pillboxes on Highway 115, cut in half by road widening.

After landing almost exactly where they were supposed to, it must have been fairly easy for Sgt Bradley and his men to follow the much-studied route to their objective, the strongpoint Bilston (for a guide to the Italian defences and their codenames, see [here]). Bilston was a formidable position. It straddled the main highway to Syracuse and also the railway, which ran close by at this point. It consisted of a tobruk (an open-topped concrete MG emplacement) and 5 pillboxes, some big enough to hold anti-tank guns. It was surrounded by dense barbed wire [map]. Bilston proved a tough nut to crack.

“‘B’ Coy commanded by Maj R. H. Cain were carried in 10 WACO gliders, 7 of which landed, their objective being a strong point 2 miles South of Ponte Grande (Waterloo). The 2i/c Capt Foot with half of No.12 Pl under Sgt Bradley and some of the Border Regt organised an attack on their Coy objective (Bilston) but failed, the position being very strongly held; the party became separated but next morning the position was again attacked by Capt Foot with half of No.11 Pl and some R.E. he had encountered, but again the defence was too strong. The party then made North [&] launched an unsuccessful attack on E Coy’s objective [Walsall] and eventually reached Ponte Grande.

B Company was luckier than many other units in having more than half of its gliders reach land. Nevertheless it seems from the war diary that not all the men headed towards their objective. Of the 7 gliders which reached land, the men of only 3 are mentioned as attacking Bilston (Foot, Bradley and possibly Goodman). Of the others, no explanation is offered as to why their men did not.

The war diary is unclear in other ways. It says the men of Glider 29 under Sgt Bradley took part in the first attack on Bilston led by Lt Foot, but not if they were still with Foot for his second attack. The implication of saying they “became separated” is that they were not. We are not told why not, nor what Bradley’s men did next. Did they attack Bilston on their own? Or perhaps, like most other glider troops that night, they headed north past Walsall to the Ponte Grande. As for Lt Goodman, it is not clear from the phrasing if he captured two pillboxes in Bilston, or in fact elsewhere while on the way to Bilston. And if it was his half of 11 Platoon that joined Foot for the second attack, why not say so? 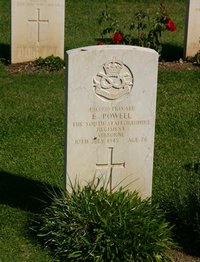 As for casualties among the men of Glider 29, we do not know how many may have been wounded, but at least two were killed, perhaps at Bilston. They were Privates Skidmore and Powell 939, who are both buried in Syracuse war cemetery.