“The SAS Pocket Manual” might fit into the pocket of your camouflage smock, but it’s not exactly a manual. Really it’s an interesting collection of original archive documents, only some of them from manuals. 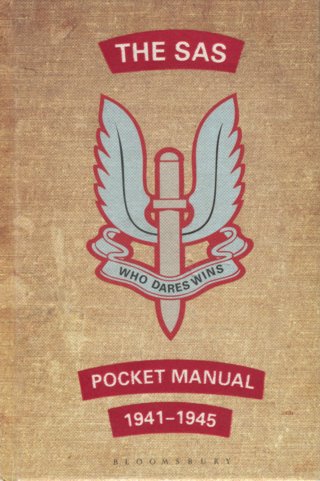 ‘The SAS Pocket Manual’ is an interesting collection of documents disguised as a publishing gimmick. The gimmick involves the book having the size, weight, look, feel and even title of a WW2 soldier’s manual. If you pick it up in a bookshop and flick through it, you will see some pages that look like they come from manuals – how to use a Bren gun, how to drive a Jeep, how to use explosives. But the book is not the facsimile of an SAS training manual that you might have thought it was going to be.

It is however, in other ways, similar to a facsimile, inasmuch as it reproduces historical documents verbatim, with limited intervention by the editor. None of these documents are directly about the SAS Special Raiding Squadron (SRS) and its actions in Sicily in support of Operation Husky and Operation Ladbroke. Some, however, bring authentic insights into the early days of irregular warfare, special forces and the formation of the SAS and especially its ethos. Later documents about the SAS in North West Europe describe a type of fighting very different to North Africa and Sicily.

This book is not big (128 pages, small format), but it is not particularly expensive either, and it is worth it, from a Sicily antecedents point of view, for those background documents. These include:

Randolph Churchill’s account to his father, Prime Minister Winston Churchill, about the abortive SAS raid on Benghazi in June 1942 makes good reading, as does an article by an American reporter that appeared in ‘The American Magazine’ in July 1942. Then there is a January 1943 proposal from Captain George Jellicoe, later head of the Special Boat Squadron (SBS), the sister unit to Paddy Mayne’s SRS. He emphasises the opportunities for raiding among the Greek islands in the Eastern Mediterranean. In early July 1943 just such raids went in against German airfields to prevent air attacks on the slow moving invasion convoys headed from Egypt to take part in Operation Husky in Sicily.

From a historian’s point of view, it is good that there is an index, a bibliography, an introduction with footnotes, and useful notes at the back on the source of each document. That said, most of the documents are presented in chapters which do not begin with an explanation, and the context has to be hunted down in the editor’s introduction or in the back of the book.

This book has two great virtues: some transcriptions of interesting historical documents and some exciting action narratives (although none of either kind of document is about Sicily). What it does not have is the virtue of being, based on its cover, what it appears to be.

The book at Bloomsbury