The Story of Glider 52 & Gozo in Operation Ladbroke

Waco glider 52 had one of the more unusual stories of navigation failure in Operation Ladbroke. Uniquely, it landed on the tiny island of Gozo. 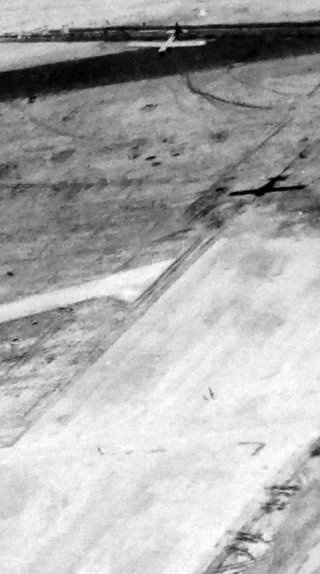 A Waco glider comes in to land on an airfield runway. This is Ponte Olivo airfield, Sicily, in autumn 1943. The airfield was a major base, and presumably much better appointed than the temporary strip on Gozo.

“Tug got lost and never located release area. Brought glider back to MALTA, where glider made successful landing.”

This seems to be using the name “Malta” loosely to include its satellite island, Gozo, where Glider 52 in fact landed. It was one of only four gliders that returned with their tug planes after having gone all the way to Sicily first. Of the other three, one landed in Malta’s main island and two went all the way back to North Africa.

Norris “became lost and returned his glider to Gozo”.

“Lost formation soon after leaving RP. Picked up another formation about 8 minutes before scheduled time to be at Malta. Last heading 345° going toward S/L and AA, made turn to get into position and then became completely lost. Climbed to 3000 ft and went over convoy. Got QT from Malta and landed at Gozo. Had trouble in keeping out of prop wash and keeping glider at full tow length. Landed at Gozo approx. 0100 hours and stayed rest of night. In taking off the right wheel broke off the glider necessitating leaving it there. Glider personnel flown back to “B” strip, landing at 14:30 hours, 10 July, 1943.”

This report, from a USAAF document, is strange in several ways. The S/L and AA (searchlights and anti-aircraft fire) showed the pilot where the coast of Sicily was, so there was no doubt about that at least. Rather than return to base still towing their gliders, most pilots released them towards Sicily. Unfortunately, many did not do this in the right place, and their gliders landed in the sea [story]. Many men drowned [story]. In that respect, it was lucky for the men in Glider 52 that they avoided this fate.

It is also unclear who is talking. Most of it sounds like the tug pilot, but only the glider pilot could talk about keeping out of the tug’s prop wash and keeping the rope at full length.

It is also unclear if the glider released and landed itself, or was towed in to a landing. The latter seems dangerous and unnecessary, and so extremely unlikely, but the comments about prop wash and rope length have been inserted between two statements about landing at Gozo, as if they applied to the act of landing.

The tug plane towing Glider 52 was the fourth plane in a four-plane “element”, and usually only the lead plane in an element had a navigator. This is why it needed to join another formation (element) as soon as it had lost its own, and may help explain why it became so lost.

The primary role of the 2nd battalion of the South Staffords in Operation Ladbroke was to seize bridges and knock out strongpoints, in order to clear the way for the other air landing battalion, 1 Border Regiment. The Border men were then to pass through and take the outskirts of Syracuse, in turn clearing the way for seaborne forces to take the city.

The Staffords’ preliminary objectives included two bridges, a gun battery and two strongpoints, so it made sense to have one unit assigned to each of these five targets. The battalion had only four rifle companies, A to D, so a temporary E Company was formed from the battalion’s Reconnaissance Platoon  and most of H Company, the Support Company. H Company men normally manned the battalion’s 6 pounder anti-tank guns and Vickers heavy machine guns, but only two of the 6 pounders were being sent to Sicily, so the remaining crewmen were to act as ordinary infantry in the assault.

Walsall strongpoint, E Company’s objective, was a roadblock with pillboxes and a tall tower [map] that dominated a road junction and the approach to the vital Ponte Grande bridge. Taking it and holding it was E Company’s only task. Unfortunately, only three of the seven Waco gliders carrying E Company landed in Sicily. One of the three was burned up by a phosphorus grenade, another crash landed far away, and only one reached the area of the LZ, crashing through a wall. Understandably, Walsall was not taken until seaborne forces reached it later in the day. [story]

Lance-corporal Edgar Payling was one of the E Company men in Glider 52. At the start of the war he was in the artillery branch of the Territorial Army and was posted to an AA unit in the UK. Presumably bored with this duty, he volunteered to become a glider pilot, one of the most dangerous jobs in the Army. He was rejected because his eyesight was not good enough. Instead in October 1942 he was transferred to the glider-borne South Staffords. He missed out on the assault landing in Sicily because of the return to Gozo, but he later landed and fought at Arnhem, where he was wounded and captured by the Germans. 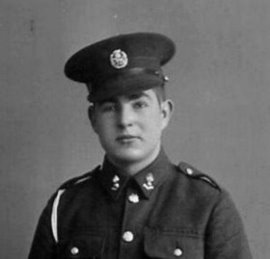 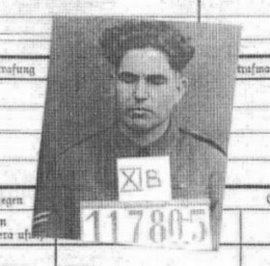 A photocopy of German records for Edgar Payling as a PoW, after his capture at Arnhem

The Airfield on Gozo

Ta Lambert (Xewkija) Airfield on Gozo was one of the wonders of the war, and it was a “one day wonder” at that [map]. It was constructed at no notice in less than two weeks by American engineers, and was in service for less than two months during June to August 1943.

Its creation reflected one of the defining constraints for the invasion of Sicily – the short range of Allied fighters. Malta, with several airfields, was the closest island in Allied hands, only about 50 miles from Sicily. Even so, the invasion plans were limited to the south east corner, in order to keep fighters overhead as much as possible. It was feared that the Axis air forces were the greatest threat to the Allied shipping anchored like sitting ducks off the coast. If they sank enough ships, the whole invasion would fail.

For a small island, Malta was full to capacity with airfields, and these were full to capacity with squadrons taking part in the invasion. It was primarily a British base. The smaller island of Gozo, off Malta’s north-west shore, had no airfields at all, so the Americans decided to build one there, to provide additional fighter cover over the beaches. Additional American squadrons, flying British Spitfires from Gozo, provided welcome reinforcements. As soon as the invasion was over, the airfield ceased to have a purpose.

For Glider 52, the airfield on Gozo was a useful emergency airstrip. With a call sign of “Bubbles”, the airfield had a radio DF (direction finding) beacon. This enabled the tug to head directly for it, even without a navigator, in the dark and across the featureless sea. There was also a visual aid during the hours of darkness when the tugs might be in the vicinity:

“Searchlight will be located on Southeastern end of GOZO for operation on night D minus 1 and D. Light will operate 2230 hours to 0005 hours on D minus 1 and will be trained at an angle of 30° pointing westward so as to be more easily picked up and at the same time not illuminate low flying aircraft approaching south of west.”

Further information about the airfield in Gozo can be found [here] and [here].

With thanks to Bryan Payling for information about his father.