The Story of Glider 52a – Out of the Firestorm

Glider 52a landed close to its LZ, descending out of a firestorm of searchlights and anti-aircraft fire. 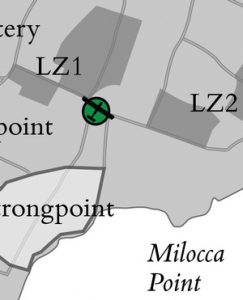 Parks was an American glider pilot, one of some two dozen who volunteered to fly in Operation Ladbroke. In a photograph taken some time after the operation, he can be seen wearing British Glider Pilot Regiment wings on his right chest. These were awarded to all the Americans who took part.

The debriefing summary was given by one of the troops in the glider. This was normally only done if both the glider pilots were dead or unavailable. Since both men were uninjured and apparently joined the other GPs in Syracuse after the battle, this is unusual:

In terms of position, Glider 52a made a good landing, very close to its target LZ 1, and south-east of it. It was not so  lucky when it came to some of the many obstacles that litter the Sicilian landscape:

“Landed fast and came to rest across road after having passed through two low limestone walls. Lower part of nose and floor suffered considerable damage. Right wing washed forward, after having struck trees close to wing root knocking down tree.”

“took the glider back, still climbing until they were at 5,000 feet over Syracuse harbour which was about a thousand times more dangerous than the place he had run away from with all the shit in creation being thrown up at them.” 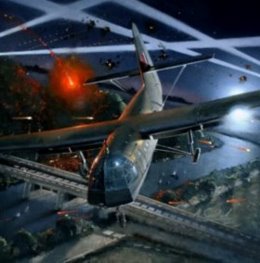 Syracuse harbour was indeed a dangerous place, being ringed on three sides with numerous heavy and light AA guns. At least two Horsa gliders were shot down attempting to cross the harbour. Deliberately flying through this flak when there was no need, when other routes were available, does not seem to be the actions of a cowardly man.

The actions of the tug pilots that night rankled with many British GPs for decades afterwards, and horrendous failings were imputed to them that in many cases could instead be attributed to inexperience, lack of training, bad luck, or doing what they had been ordered to do [story].

This anger and prejudice was understandable, given how many gliders ended up in the sea, drowning hundreds of men [story]. However it could lead to presumptions of guilt where there was in fact an alternative interpretation of events (see tug pilot’s report below).

Saw some firing as he approached coast. Went to up 2500 feet and glider cut loose. Also started to get search lights.

Sicilians walk along the road blocked by 52a

Needless to say, the tug pilot’s report puts a different perspective on the glider pilot’s indignant and at times exaggerated version of events (see above). Whichever version of events you believe, both agree that McCormick braved the firestorm and released Glider 52a where it could easily reach its LZ, a significant achievement that night.

“‘E’ Coy commanded by Maj J.A. Neilson was a composite Coy formed from H Coy and the Recce Pl; they were carried in 7 WACOs and had as their objective a strong point about a mile south of the bridge [Walsall]
[…]
Sgt Caulkin’s glider [52a] crashed, Sgt Caulkin was injured and his crew rejoined the main body of the Bn [battalion] next day.” 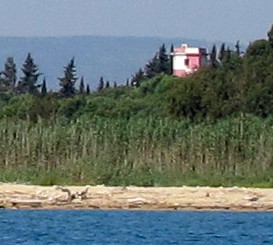 The top half of the lighthouse tower of strongpoint Walsall seen from the sea. Machine guns mounted in the tower proved an obstacle to the men trying to reach the Ponte Grande bridge from LZs 1 & 2

This is thin, to say the least, as well as unclear. Assuming the next day to be the 10th (the landing had occurred on the night of the 9th), and assuming that the “main body” means the Staffords men holding the Ponte Grande bridge, this could mean that most of Caulkin’s men reached the bridge and took part in its defence. Perhaps, like many others who eventually reached the bridge, they first took part in the failed attack on strongpoint Walsall, which was, after all, their objective. The war diary does not tell us.

The way it reads almost implies that 52a’s men joined the main body after the action was all over. This tended to happen with gliders that landed a long way away, but in terms of distance 52a landed as good as bang on target. 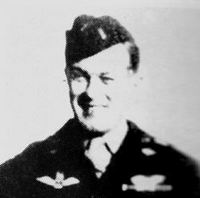 Maybe some conclusions can be drawn from the actions of the glider pilots. Years later another of the American glider pilots, Samuel Fine (GP in Glider 13), provided an account to author Milton Dank for his book, ‘The Glider Gang’. Fine said he met Parks as they both headed towards the bridge. However Fine is quoted as saying that he and Parks bypassed Walsall to go on to the bridge, but also, contradictorily, that Parks became separated from him, staying behind to take part in the attack on Walsall, and not reaching the bridge. 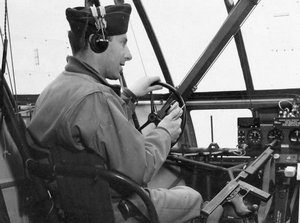 Back in England, Samuel Fine poses in the driving seat of a Waco for a press release about his actions in Sicily

Perhaps the balance is tipped by other GPs. Andrews says in his book that both Barnwell and Parks reached the bridge. Lt Boucher-Giles (GP in Glider 110), who took command of the GPs at the bridge, also said (in ‘The Eagle’ magazine) that Barnwell was at the bridge. However he called him ‘Barnsdall’, and admitted he could not remember the names of several other GPs who were there with him. If either Barnwell or Parks reached the bridge, it is not unreasonable to assume the Staffords in 52a also reached it, and took part in the fighting both there and en route. If so, it is odd that the war diary does not credit them for this, given that less than 10% of the glider men reached the bridge, which makes it quite an achievent.

Photograph of Russell Parks by kind permission of NWWIIGPA, the US glider pilots’ association.

Quotation from Andy Andrews’ book “So you Wanted to Fly, Eh?” (out of print) by kind permission of Ian Andrews.